A blow for the “gig economy” as the Employment Tribunal decides Uber drivers are workers. 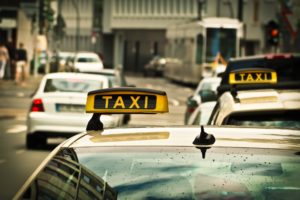 In the much anticipated decision on the employment status of Uber taxi drivers the ET has decided that the drivers are “workers” within the meaning of the Employment Rights Act 1996.

This case has been seen as a test case for the so called “gig economy” where workers (in the ordinary sense of the word) are hired by companies on a freelance basis to carry out short-term tasks or projects (known as “gigs”). Uber works by connecting drivers directly with customers using an online app. The drivers are engaged as self-employed contractors and consequently do not have any employment rights.

Uber’s position, which is summed up in their strap line “Work for yourself, drive when you want, make the money you need”, is that its arrangement with its drivers enables them to work as much or as little as they want. Two drivers challenged their employment status, claiming that they were in fact “workers” rather than truly self-employed.

The ET’s decision that Uber’s drivers are “workers” means that they are consequently entitled to some employment rights including:

As the drivers are “workers” rather than employees, they will not, however, benefit from the full range of rights afforded to employees such as the right to claim unfair dismissal or the right to a statutory redundancy payment.

The potential financial consequences for Uber, which is estimated to have more than 30,000 drivers in London alone, are huge. It is almost certain that Uber will appeal the decision, however, so it is unlikely that this is the last word on the subject.

Although it should be remembered that the Uber case has been decided on Uber’s business model and the particular facts of the case, it is likely that other “gig economy” businesses will face similar claims for worker status from their “self-employed contractors.” We’ll keep you posted.

On a related note, following the recent publicity the Commons Select Committee on Business, Energy & Industrial Strategy (formerly BIS) has launched an inquiry into, amongst other things, the rights of workers in the “gig economy”. Written representations can be submitted by individuals and businesses with a deadline of 19 December 2016.

If you need advice on employment status either for your business or as an employee, please contact Helen Kay on or .