Employment law changes from April 2016: what employers need to know 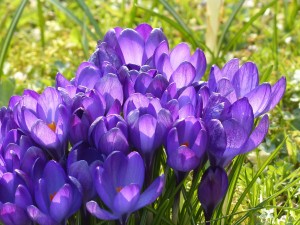 It’s Springtime and April is the time for changes in employment law. The major changes that employers need to be aware of are:

Introduction of the National Living Wage

Where salary sacrifice arrangements are in operation, employers need to check that employees’ pay does not fall below the increased rate of pay required by the National Living Wage.

From 1 April 2016 the penalty for employers for non-compliance with the National Minimum Wage will double to 200% of the total underpayment owed to each worker (up to a maximum of £20,000 per worker), unless the arrears are paid within 14 days. The same enforcement regime will also apply for non-payment of the National Living Wage.

A new penalty of disqualification from being a company director (for up to 15 years) for failure to pay the National Minimum Wage and/or National Living Wage is also being introduced on 1 April 2016.

Introduction of a new state pension scheme – no more “contracting-out”

As a result, pension schemes provided by employers will no longer be able to contract out of the state pension and receive a National Insurance rebate, which means that for schemes that were previously contracted out the employer and employee National Insurance contributions will increase. Employers who operate contracted out pension schemes need to make employees aware of this and any impact on their pay.

The abolition of employer National Insurance contributions for apprentices under 25

Introduction of financial penalties for non-payment of Employment Tribunal awards

Research showed that less than half of Tribunal claimants who had been awarded compensation received the full award from the employer.

To try to address this, from 6 April 2016 a financial penalty can be imposed on an employer who fails to pay an Employment Tribunal award of compensation, or a settlement reached through Acas under a COT3 agreement. The penalty will be 50% of the unpaid sum, subject to a minimum of £100 and a maximum of £5,000, although if the employer pays both the unpaid sum to the claimant and the imposed penalty within 14 days of the penalty notice, then the penalty will be reduced by 50%.

Increase in a week’s pay

The increase in a week’s pay will also apply to the calculation of the basic award in unfair dismissal claims.

If you need advice on any of these employment law changes, please contact Helen Kay on or .