Holiday pay latest: EAT confirms that employers must include commission in holiday pay 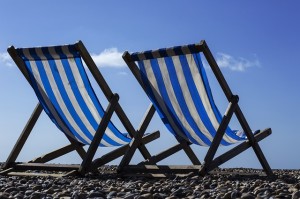 HMK Legal previously reported on the long running case of Lock v British Gas and that British Gas had appealed to the Employment Appeal Tribunal (EAT).

Mr Lock was a British Gas salesman who was paid basic salary and plus commission, based on the number and type of contracts he signed customers up to. When Mr Lock took annual leave he only received basic pay, however, which meant that he received considerably less than his usual salary. He brought a claim in the Employment Tribunal (ET) arguing that this acted as a disincentive to him taking annual leave. Having had confirmation from the European Court of Justice that commission must be linked to holiday pay as it was directly linked to the work carried out, the ET found in favour of Mr Lock. The ET did not address the practical question of how the commission element should be calculated, however, and the reference period which employers should use to calculate holiday pay in these circumstances has not yet been clarified.

British Gas appealed to the EAT describing the ET’s decision as “judicial vandalism”. This week the EAT has dismissed British Gas’s appeal against the Employment Tribunal’s decision that commission must be included when calculating holiday pay.

The EAT’s decision will influence the outcome of thousands of holiday pay cases which have been put on hold pending the outcome of British Gas’s appeal. Employers who pay commission should review their current holiday pay arrangements as a matter of urgency as failure to include commission in holiday pay could result in claims for unlawful deduction from wages.

British Gas has announced that it intends to appeal the EAT’s decision to the Court of Appeal so it’s not over yet. If, as seems likely however, the Court of Appeal dismisses the appeal, hopefully it will give some clear guidance as to how holiday pay should be calculated where commission is involved and give employers some much needed clarity on this issue.

If you need advice on the implications of this decision, please contact Helen Kay on or .