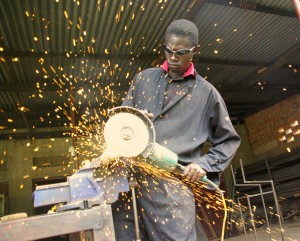 As announced in the Summer budget, the Government is going to bring in a “National Living Wage” from April 2016.

This will be paid to workers aged 25 and above, and both full and part time workers will be entitled to it. This will be initially set at £7.20 per hour, and it is planned that it will reach over £9 per hour by 2020. The Government will ask the Low Pay Commission, which currently recommends the level of the National Minimum Wage, to propose a figure for the National Living Wage in April 2017.The National Minimum Wage is currently £6.50 per hour for workers aged 21 and above, and this will increase to £6.70 in October.

The concept of a “living wage”, a level of pay that gives workers enough for a basic standard of living, has been around for some time. This has been promoted by the Living Wage Foundation, and is currently £7.85 per hour and £9.15 per hour in London, more than the propsoed National Living Wage. Some companies and local authorities already benchmark pay at least this amount, rather than the National Minimum Wage. The “living wage” is an informal benchmark, however, and not a legally enforceable minimum level of pay, unlike the new National Living Wage.

It is anticipated that the introduction of the National Living Wage will give a pay rise to 6 million workers, but according to the Office of Budget Responsibility, it will also cost 60,000 jobs and reduce the number of hours worked by 4 million per week, with obvious potential consequences for productivity.

The Director General of the CBI, John Cridland, said that overall he was pleased with George Osborne’s Budget but added that businesses were being put under pressure.

“Overall, sorting the public finances, giving people incentives to work, reducing business costs in taxes: full marks to the Chancellor,” he said.
“But this issue of the minimum wage will have caught businesses by surprise. It is a gamble.”

“The businesses that will be under the most pressure, paying a significantly higher minimum wage – 6% higher on average every year in this parliament – aren’t the same businesses as a whole who will get the benefit from the tax reductions.”