Obesity – another potential minefield for employers 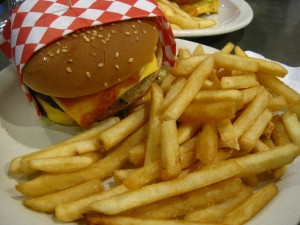 The European Court of Justice (ECJ) ruled last December that obesity may be capable of constituting a disability in extreme cases where it hinders the “full and effective participation of that person in professional life on an equal basis with other workers”. This has implications for employers throughout the employment relationship from recruitment to termination.

A recent survey has indicated that 9 out of 10 managers with the responsibility for recruiting staff would not recruit a candidate who is obese. The research showed that managers would choose a thinner candidate because they are concerned about the company’s image, especially if the post is customer facing, and also because they have a perception that obese employees are more likely to have time off work due to health problems. Following the ECJ’s decision, if the candidate’s obesity was capable of amounting to a disability, then such decisions are potentially unlawful. The same applies if an employee was refused promotion due to being severely overweight.

Employers also need to be mindful of the risks in dismissing an employee because they can’t perform certain aspects of their role because they are overweight, without first following a proper procedure and considering whether any reasonable adjustments could be made; refusing requests for reasonable adjustments such as a bigger chair or workspace, or allowing an overweight employee to park nearer to the workplace; and of allowing workplace “fat banter”. Where the overweight individual concerned could be classed as disabled, such actions could result in costly discrimination claims.

In order to protect themselves from these risks, employers need to educate staff, and managers in particular, to view discriminatory behaviour against overweight individuals in the same light as other protected characteristics such as race or sexual orientation.