Tackling ‘bogus’ self-employment could help the Government, businesses and workers according to the CAB 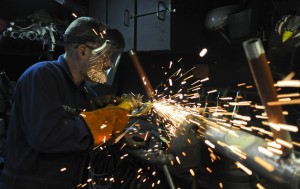 According to the CAB: “Tackling bogus self-employment will help the government by ensuring it receives the tax and National Insurance it is due; it will help responsible businesses who are undercut by rivals; and it will ensure that workers get the basic protections they are legally entitled to, such as the National Minimum Wage and holiday pay.”

The key findings of the report were:
• One in 10 of those surveyed were likely to be bogusly self-employed. These people had at least three ‘markers’ suggesting that their self-employment was not genuine (mirroring those used in HMRC’s employment status indicator (ESI) tool). If scaled up this could be as many as 460,000 people nationwide.
• Each of these people could be losing an average of £1,288 a year in holiday pay, and were paying an extra £61 per year National Insurance that they would not have to pay if they were classed as employed.
• The Exchequer is losing an average of £300 for every person who is wrongly categorised as self-employed. If scaled up the amount lost could be as much as £314 million per year.
• Responsible businesses, which employ their staff legitimately, face a competitive disadvantage compared with those that bogusly hire staff on a self-employed basis.

The report makes a number of recommendations which the CAB believes could help to redress the balance. These include simplifying the definitions of employment status coherently across the board; extending some of the rights have been previously reserved for employees to self-employed people; reviewing the tax and National Insurance system with a view to ensuring that self-employed people are treated fairly; and enforcing the rights of those who suspect that they are in bogus self-employment.

For advice on employment status, either as an individual or an employer, contact Helen Kay on or .